Santa Ana Local Movers start serving you by taking an inventory list of your goods, the exact locations factor for optimal navigation. We make a detailed and customized plan on how to best protect your belongings and possessions during your move in a guaranteed. Our price is exactly what you receive on your quote. No hidden fees.

When you choose Santa Ana Local Movers for your long-distance move, you receive a private, reserved truck with an express, guaranteed delivery date for your items!

In addition to moving services, Santa Ana Local Movers specializes in moving offices. You can count on us to move you fast, efficiently, and stress-free. We guarantee a smooth transition to your new office with our professional office movers.  To put you back on business as soon as possible is our first priority. Our relocation services includes a range of internal business processes to transfer employees, their families, and/or entire departments of a business to a new location.

Whether if it’s a small or large office, Santa Ana Local Movers has what you need to make your office move a successful and positive experience.

Santa Ana is located in Southern California, adjacent to the Santa Ana River, about 10 miles (16 km) away from the California coast. Founded in 1869, the city is part of the Greater Los Angeles Area, the second largest metropolitan area in the United States with almost 18 million residents in 2010. Santa Ana is a very densely populated city, ranking fourth nationally in that regard among cities of over 300,000 residents (trailing only New York City, San Francisco, and Boston). In 2011 Forbes ranked Santa Ana the fourth-safest city of over 250,000 residents in the United States

Looking for local movers or long-distance movers in Santa Ana?

For over a decade, we have been providing local moves, long distance moves, and commercial moves to the Santa Ana area. Moving across town? Moving out of state? Your cheap movers in Santa Ana have you covered! In addition to our basic moving services offered, we also provide premium moving services at no additional cost to our valued customers. Our premium professional moving services are, but not limited to providing: disassembly and reassembly of beds and large furniture movers, piano movers, pool table movers, and single item movers.

In addition to providing these premium services as a standard, we also provide short term storage and long term storage options for your household goods storage needs. Our local storage warehouse is climate controlled, gated, and secured for your protection 24 hours a day, 7 days a week.

There are lots of moving companies in Santa Ana; However, moving to Santa Ana and moving from Santa Ana presents its own unique sets of situations and not every moving company is up to par. When you speak with your friendly, local, moving company relocation coordinator, you can be sure that you have a live and local expert with years of experience moving other customers just like you. No time to talk? Drop by our website and request a FREE moving quote from a live relocation coordinator – no outsourced labor or automated responses ever! Call or click 24 hours a day, 7 days a week for your FREE no-obligation quote!

in order to meet all of your moving needs, we are pleased to offer a comprehensive list of moving services:

Let’s face it: at best, moving is stressful. Let our professional movers do the heavy lifting and get you settled into your new place. Reassembly of your furniture is included in our moving services so you never have to spend your first night sleeping on the floor!
Schedule Free Estimate 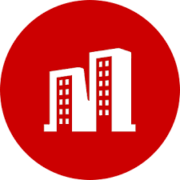 See why some of the most respected companies in Southern California trust Santa Ana Local Movers for their relocation projects. Our movers are all professionally-trained movers with at least 6 years or more of professional moving experience.
Schedule Free Estimate 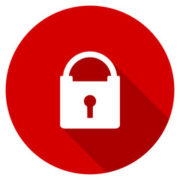 Need storage with your moving service? No problem. For your convenience, Santa Ana Local Movers offers private storage for your valuables. Our facility is closed to the public and is under 24-hour surveillance for your peace-of-mind.
Schedule Free Estimate

Forget The Worries, Enjoy The Move

We believe we’re the best in moving industry and we achieve that by treating our customers with the utmost respect, professionalism and attention to detail.

“Such a great moving company! We will definitely use them again. Tommy was great along with his crew to help us move and repair some damages from a previously used moving company. Mark was very helpful in scheduling us for a quick move in just 2 days. Again we would highly recommend them and use them again in the future. Thank you all!!“

“Just used this company for 2nd time. Once to move all my furniture and place into storage, than a second time taken it from storage to our new home… Wilson was the foreman, he wasn’t done till you said DONE. Each time was done on time quick without damaging a single piece of furniture. After the move you receive a follow up by Mark make sure everything was done to your satisfaction. This company is top notch! I would have no problem referring them to a friend.!”

“This is the second time that we have used these guys and we couldn’t be more pleased with their services. Edgar and his crew were punctual, courteous, efficient and professional. Moving is stressful and they eased that stress by doing a stellar job. I would recommend Cheap Movers Anaheim to anyone looking to move!”

“We are so happy we chose Cheap Movers Anaheim for a recent move. Marks and the office team were fantastic, professional, and very organized in scheduling. Javad and his moving team were amazing – they were professional, courteous, on-time, meticulously clean and careful, and worked REALLY hard. We highly recommend them.”

CALL FOR QUOTE Scroll to top